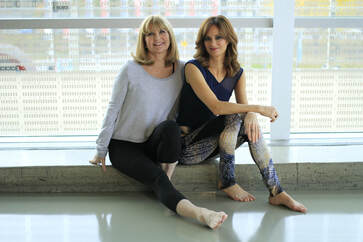 Miranda Esmonde-White is one of America’s greatest advocates and educators of healthy aging. Following her career as a professional ballerina, Miranda developed her own fitness technique, Essentrics® in 1997, and became the flexibility trainer to numerous professional and Olympic athletes, celebrities and other notable clients. Her fitness TV show, Classical Stretch has been airing on PBS and public television since 1999, and is rated the #1 fitness show on the network. She has filmed over 300 episodes of Classical Stretch, most of them distributed worldwide on DVD and available on streaming—helping people of all ages and fitness levels re-balance their bodies and keep their joints healthy and pain-free.

Esmonde-White’s New York Times bestselling book and award-winning pledge documentary, Aging Backwards, are revolutionizing the way we understand the role that fitness plays in slowing down the aging process while keeping our bodies young, attractive, strong and healthy.

In her latest book and pledge documentary, Forever Painless, Miranda teaches us a new way to look at our body and provides simple exercises that real people have used to end chronic pain with movement.
Based in Montreal, Miranda spends her time developing the technique, writing and training new instructors. She also travels extensively giving lectures, leading teacher training sessions and hosting retreats.

​Sahra Esmonde-White is co-owner and CEO of Essentrics and host of the Essentrics DVD Series. As Executive Producer, she has seen over 320 fitness television shows and award-winning documentaries to fruition. She has been named one of the top health experts in Canada by both Fashion Magazine and Flare, two of Canada’s top women’s publications, and her DVDs have won "Top Workout" awards in both Canada and the UK. She works closely with celebrities such as UK model/actress/entrepreneur Lily Cole, Canadian actress Sarah Gadon, and professional athletes including the NHL’s Montreal Canadiens. With a Bachelor's degree in Economics and graduate studies in Public Health, Sahra has made her life’s mission to help people lead healthy lives through intelligent fitness and a thoughtful lifestyle.
​
THE ESMONDE TECHNIQUE
​
Essentrics and Classical Stretch are owned by The Esmonde Technique.  The Esmonde Technique produces Scientific Lifestyle Programming:  Science that motivates positive change in people's lives. 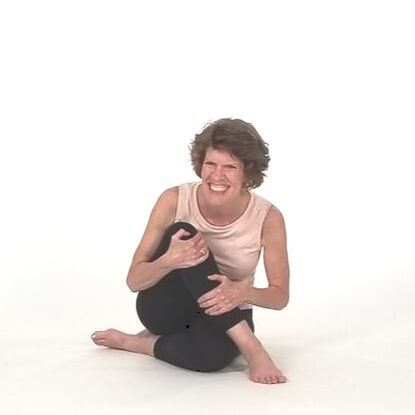 For years, Karen has been suffering from continued pain from Fibromyalgia affecting her daily life. After medical professionals told her that nothing could be done, Karen began to search for alternative solutions other than traditional medical remedies.

Then, one day changed her life forever when she discovered the benefits of the Essentrics workout program while watching PBS.

Essentrics has literally given Karen her life back and now she wants to share the significant benefits of Essentrics with others.

What a difference?  "I have my life back".

To register for class, call Karen at 262-247-8044 or email essentricswithkaren@gmail.com